abouttalksvideosbooksclientsreviewscontact
Thinking about new ways to engage your team while working remotely?

Let’s discuss how one of my virtual talks can help.
book larryread more

transform your
company
with six words

“Larry‘s approach to storytelling had my team buzzing, laughing, & bonded.”

Called on “a quest to spark the creativity in everyone” by Oprah Magazine, Larry Smith is the founder of the Six-Word Memoir ® project, a bestselling series of nine books, board game, live event program, and a global phenomenon found in classrooms, conferences, and corporate settings alike.

Larry speaks on the power of personal storytelling across the world. He has been invited to work with teams at Twitter, Levi’s, JPMorgan Chase, Snapchat, Dell, Shutterfly, ESPN and Google; nonprofits including the Zen Hospice Project and Dress For Success, as well as foundations, philanthropies, and schools. He’s a frequent speaker at conferences such as TEDx, PopTech, Summit Series (called “Davos for the Millennials”), the AARP 50+ Convention. He teaches the class, “What’s Your Story? How to Deliver an Authentic Elevator Pitch” in private sessions and on-site at companies.
‍

Prior to founding the Six-Word Memoir project, Larry had a robust career in journalism. He was articles editor of Men’s Journal, executive editor of Yahoo! Internet Life, senior editor at ESPN The Magazine, a founding editor of P.O.V. and editor-in-chief of its sister publication, EGG. While living in San Francisco, he was managing editor of the wire/syndication service AlterNet and an editor at Dave Eggers’ Might Magazine. His writing has appeared in The New York Times, ESPN Magazine, Popular Science, Men’s Health, Salon, Slate, Buzzfeed, and other outlets.

He lives in Berkeley, CA, with his wife, the writer Piper Kerman, and their son. 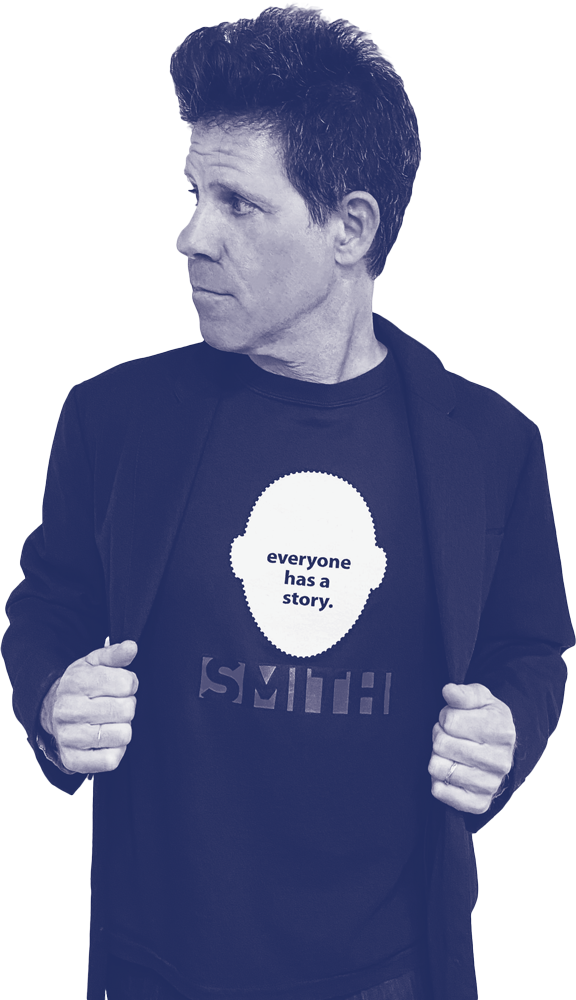 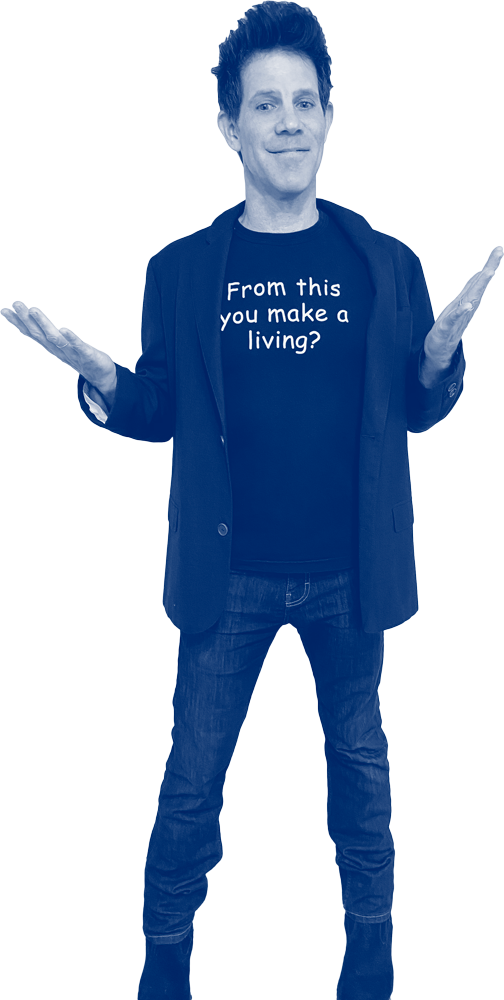 Each corporate workshop is catered to the client but the goal is always the same: present short-form storytelling as way to increase focus, create connection among employees, and help everyone tell the story of the organization.
‍
“Six Word Smith” integrates well into any number of your company‘s needs in person or virtually (Zoom, Google Hangouts, etc).

In a high-energy and interactive talk, Larry will take you on a journey from the small-town pharmacy where his grandfather “Smitty” inspired his love of storytelling to his work creating a tool for focused self-expression for individuals and organizations.

Larry will detail how Six Words is a unique way to:

By the end of the talk, everyone in the room will be thinking in “sixes” and have a new tool to apply to their work — and life — in countless ways.

Every session is interactive and all are encouraged to share six words on topics such as:

Case studies from recent talks are available upon request.

Larry’s most recent book, Six Words Fresh Off the Boat: Stories  of Immigration, Identity, and Coming to America, offers a launch pad for team members to think about their own family histories.

As stories of lessons learned and journeys emerge, a camaraderie and life-affirming understanding permeates the room. Larry ends  the workshop with these six words: ”We are all in this together.“

Organizations with high employee engagement have more than 22% higher productivity and as much as 65% lower rate of turnover, according to a 2018 Gallop Poll. Study after study confirms company culture affects performance: teams that know and trust one another work better together.

The Six-Word Memoir is a lean and adaptable way to:

Larry can work with your company on a one-off workshop, or a longer-term engagement to make Six Words an ongoing, integral part of your on-boarding process.

Larry Smith will train your leaders to use a tool that they can bring to their teams in countless ways. Six-Word storytelling is an engaging ice breaker, an effective mission-building activity, or a memorable way to summarize a plan or project.

Larry will share some of his favorite Six-Word Memoirs from students — “Mom just revoked my creative license”;  “Sorry, but I’m with the band.”; “Finally learned ‘weird’ is a compliment” — and challenge the group to share their own.

As the stories emerge, students who hadn’t thought of themselves as “writers” will be inspired to realize they are. Classmates will learn about each other and form new bonds. Teachers will find ways to incorporate six words into their lessons. And everyone will have a simple, smart, game-like way of thinking about themselves and others.
book larryread more

“We are not a concise people.” So starts Larry Smith’s Oy! Only Six? Why Not More? Six-Word Memoirs on Jewish Life. As Larry has discovered in more than a decade of running the Six-Word Memoir project, this short form of storytelling is a terrific way to get to the essence  of faith.

In a thoughtful, meaningful, and often funny talk, Larry will share how Six Words on Jewish life has become a poignant window into  the wild, weird and wonderfully complex world of Judaism today. He’ll present many stories from the book, one that includes contributions from Larry David, Jonathan Safran Foer, Amy Schumer, Henry Winkler, along with hundreds of first-time writers. Together, they offer stories of food and family (“We spend meals discussing other meals”), duty and identity (“Fear of extinction breeds Jewish excellence”), celebration and tsuris (“Bar Mitzvah video used as blackmail”) that will inform, delight and inspire.

At the end of his presentation, Larry will invite all in the audience to share their own six-word stories of Jewish life. The room will be alive with conversations and connections, one that will continue long after your time with Larry is over.
book larryread more
“

see me in action

Take a look at my latest demo reel and a selection of keynote speaking engagements.

A fast, fun demo reel of what I do

Six Words summed up in 2 minutes
“

“It's incredible what Larry can do to get a team re-energized and focused on a shared mission in just an hour. His approach to storytelling had people buzzing, laughing, & bonded.”

”Larry’s talk for Chase’s corporate culture conference was such a great way to kickoff my team‘s brainstorming in that days that followed. The next morning we had a string of unsolicited emails where people were recapping their experience in six words.“

“Larry’s approach permeated our culture and engagement long after the workshops. Folks loved sharing their stories with colleagues and we saw a lift in engagement and personal commitment.”

“Perhaps the greatest gift Larry imparted was that students felt their stories were important. He gave students a way to be heard, and readers a chance to hear.”

— Sarah Bunger
Director of Partnerships
the Latin School of Chicago

“He quickly captures and delights a room and teaches all in it how to build team culture, hone a short-long term mission or goal, find focus, and more.”

“Larry’s work might have seemed a little out of the box for the audience that he spoke to — 300 professional women in the financial assets industry — he could not have been a better choice.”

Six words is a powerful tool for...

telling the story of your organization.

increasing focus individually and among teams.

building camaraderie and breaking down barriers among co-workers.

creating a culture in which all can bring their whole, authentic self to the workplace.
book larry

Check out these books from my New York Times Bestselling series Six-Word Memoirs ®. 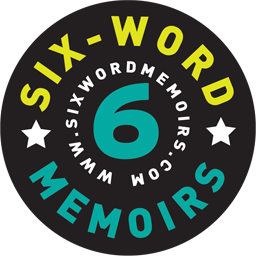 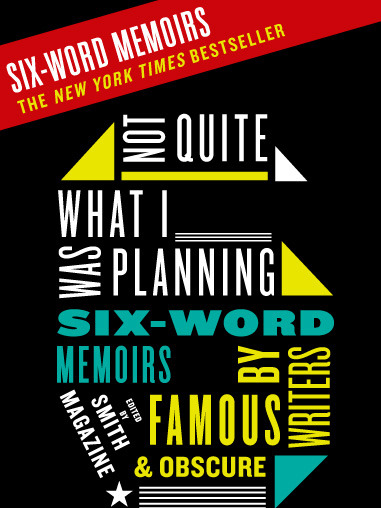 not quite
what I was
planning 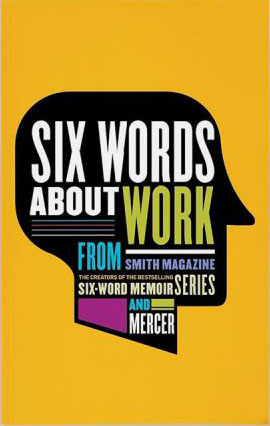 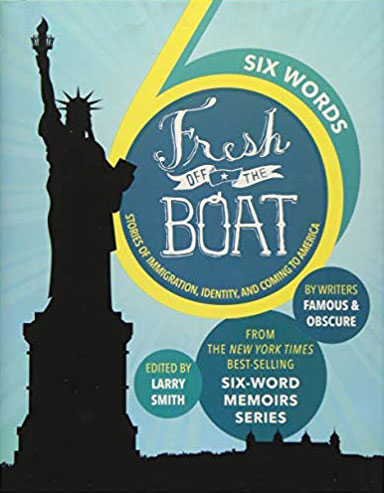 six words
fresh off
the boat 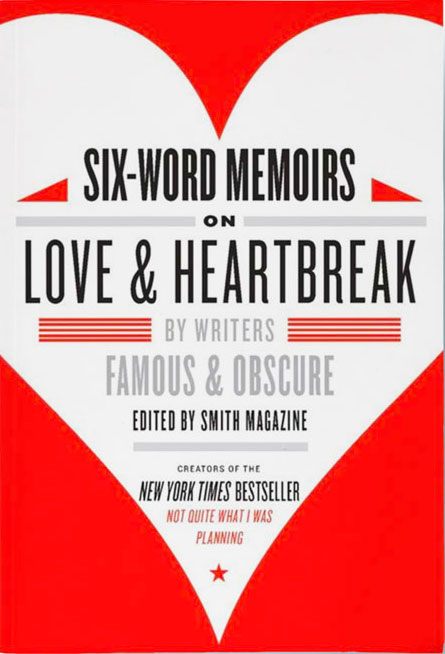 “You could spend a lifetime brainstorming.”
— The New Yorker

“The brilliance is in the brevity.”
— New York Post

“Larry Smith is on a quest to spark self-expression in everyone.”
— Oprah Magazine 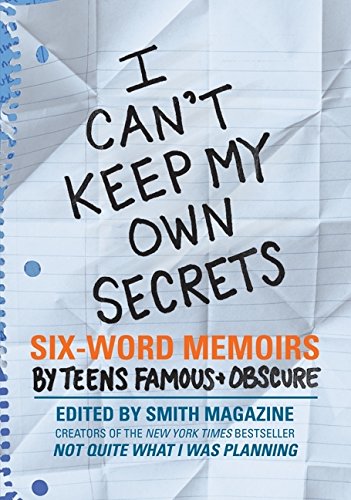 i can't keep
my own
secrets 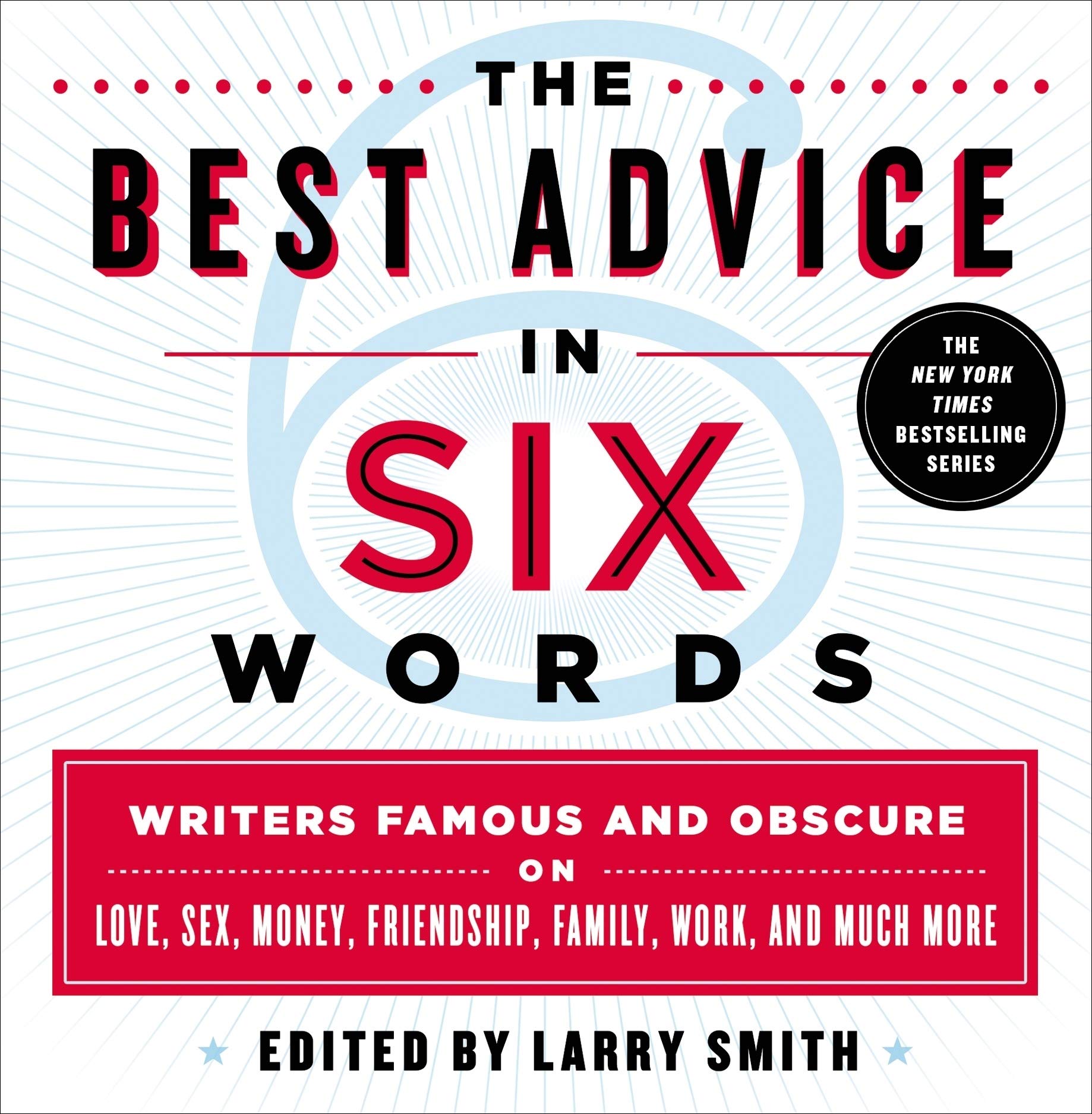 the best
advice in
six words 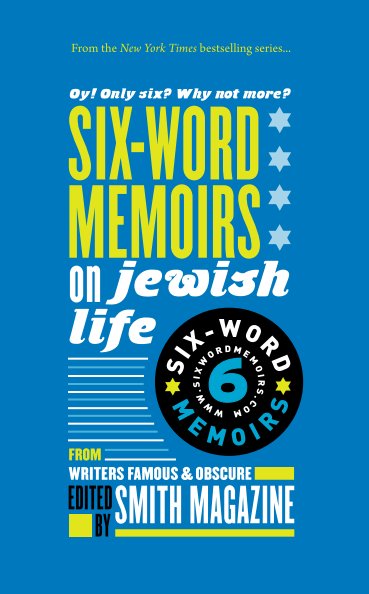 oy! only
six? why
not more? 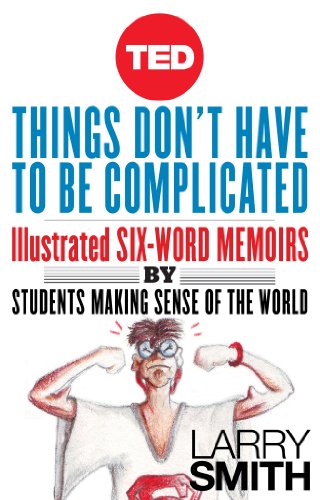 things don't
have to be
complicated